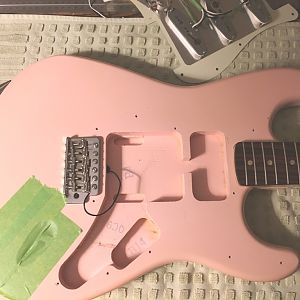 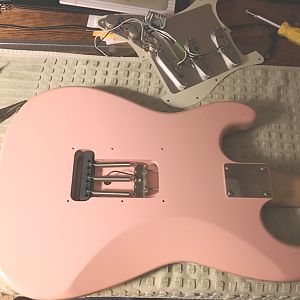 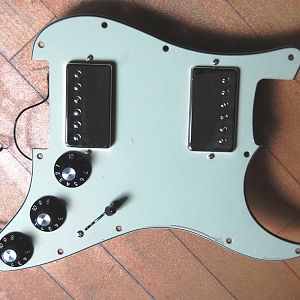 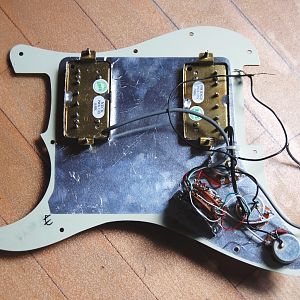 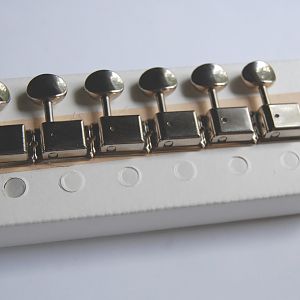 those are the same pups I just pulled outta my Seafoam Pearl Tele Blacktop. "BHK"'s . was wondering where they were made and who made them, thanks.
@JRp-90 The following is to the best of my knowledge.

The company's initials are BH which is BooHeung Precision Machinery based in South Korea. A BHK sticker indicates made in Korea and BHC sticker indicates made in China. Many have the "BH" logo die-impressed in the baseplate. They are also marketed as "Hotch" pickups, which might be the H in BH. They *might* be marketed as Belcat pickups, their humbuckers having "BH" in the part number. BH makes or markets active humbuckers under the Rockfield brand.

They're wax potted, some have 4-conductor wiring to use split-coil switching, and Fender says they have alnico magnets, but doesn't say what type.

Some folks like them, but at a typical 12.5K to 15.5K Ohms they are IMO dark, muddy, blasters with poor definition because the treble is so minimal.

The ones you have aren't unique to the Blacktops and have been used in other models. For example, the early Fender Chris Schiflett Telecaster model used one in the neck position. BH pickups can be found in various Epiphone, Samick, Tokai, and Washburn guitars, and the import lines of Gretch and Guild.Some of the "Duncan Designed" humbuckers have the same BHK stickers.