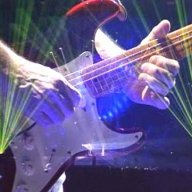 All you touch and you see is all your life will ever be...Hanging on in quiet desperation is the english way Sep 17, 2020