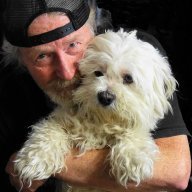 If you can't destroy your stuff while attempting to repair your stuff then what is the purpose of even owning stuff? May 17, 2021