For the vintage hi-fi lovers

Just finished putting my vintage Hi-Fi System together in the mancave! Loving the sounds of a true vintage system. 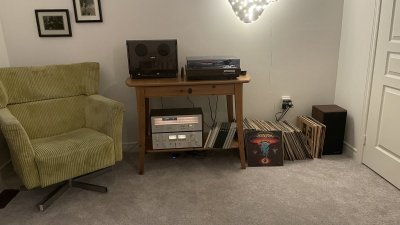 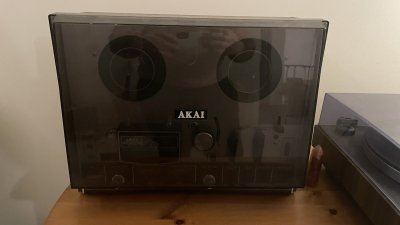 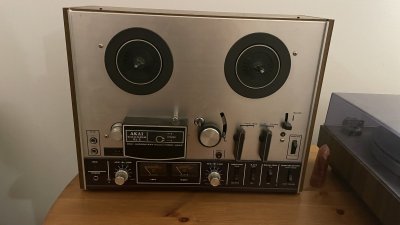 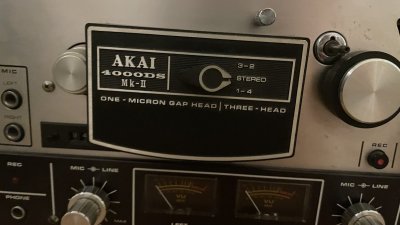 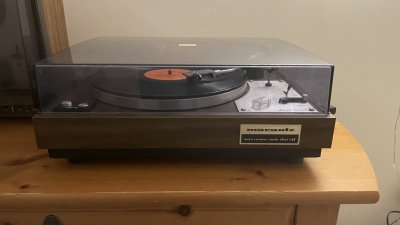 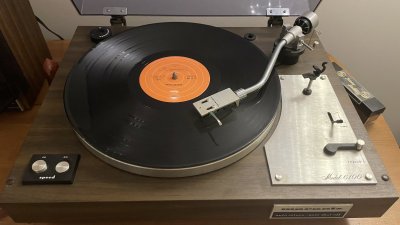 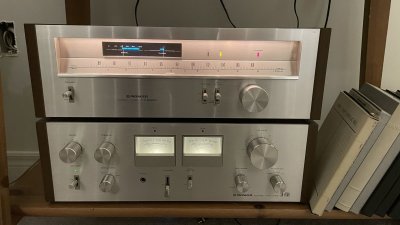 Guy Who Likes to Play Guitar

Vintage? That stuff has transistors in it!

Beautiful. The amp and tuner look great. I had a silverface Yamaha CR-820 that was my favorite receiver of all time.

Triple Jim said:
Vintage? That stuff has transistors in it!
Click to expand...

Triple Jim said:
Vintage? That stuff has transistors in it!
Click to expand...

Here’s my true vintage contribution to the man cave lol 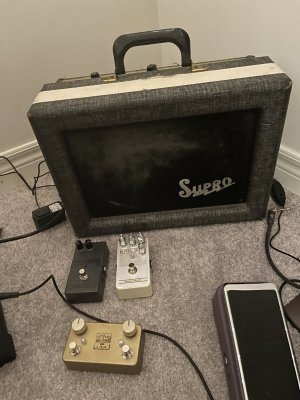 Nice setup, I still have my old Onkyo receiver .

Super nice, gear from the golden age of Hi-Fi

what kind of tape head demagnetizer did you end up getting?

Less of a Cave, more of a corner!

Now I'm getting the urge to go buy a turntable and a new copy of DSOM to flex my Denon/Polk system.

circles said:
Now I'm getting the urge to go buy a turntable and a new copy of DSOM to flex my Denon/Polk system.
Click to expand...

Mine's a TEAC. A lot of turntable for not a lot of outlay. Just saying.

nice!
can't make out what the speakers are, but they should be off the floor on some stands.
Is that an Audio Technica phono cartridge?

Sweet Strat! What is it?

I love that old Marantz gear and the reel to reel looks great too: I used to have an old valve Sony reel to reel my Mum gave me as a kid; it sounded great just plugging my guitar into it and cranking the record level up to overdrive it.

I dug my Dad's old turntable out of the loft yesterday. It hasn't been used in 35+ years and was a bit grubby after being in our loft for about 20 years. I cleaned it up a bit and managed to get it playing; the belt slips a bit when it's trying to lift the tone arm at the end of the record, but otherwise plays fine, so I ordered a £4 belt off eBay. I'll give it a better clean up and see if I can polish the plastic lid a bit.

Really good to play some of our old records that I've not heard in a long time. Using a positively modern Denon AVR to test it as it's the only amp I've got with a phono input, but I might see if I can find a used older amp to go with it.

I cleaned it up a bit more after this test, but it's purely cosmetic as all the mechanicals seem fine and I gave them a bit of a cleanup and re-greased some of the mechanisms: 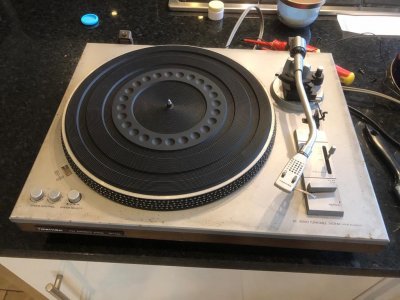 My uncle sailed into Long Beach on a slow boat from Vietnam with three Sansui 2000x's (and 3 pairs of cabinets to boot), so I inherited one of those when my folks upgraded in the 90s. I had that thing for ages.

I was dreaming of a reel to reel about a year ago. Started looking for one. I used to be able to buy one for $20 now I could buy a car for the price. Then just looking for some old reels that I used to have,,,,GOOD LORDY they wanted $400 for Black Sabbath!!!! Anyway I love it !!!! Enjoy!!

The golden age of hi-fi was the late forties to the mid sixties. It was well done by the seventies.

tubedude said:
The golden age of hi-fi was the late forties to the mid sixties. It was well done by the seventies.
Click to expand...

these all from my golden age of Hi-Fi