I put my 1990's Soundtracs Topaz 32x8x2 analog mixer up for sale on Sweetwater - also listing it here. Great mid-size mixer. 64 inputs, 32 faders, 32 mic pres, 32 direct outs. I used it to run 24 channels into my DAW via 2 Echo Audiofire12 interfaces and then come back out of the DAW into the same 24 channels (via the monitor inputs and flip switch) to do analog mixing - basically makes your DAW a hard disk recorder. Local pickup only - come test drive it if interested. 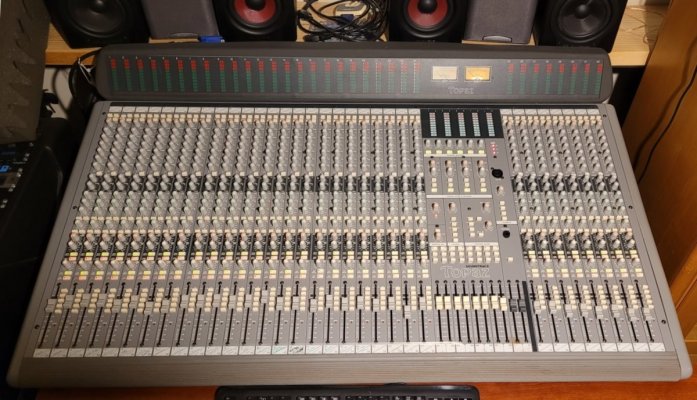 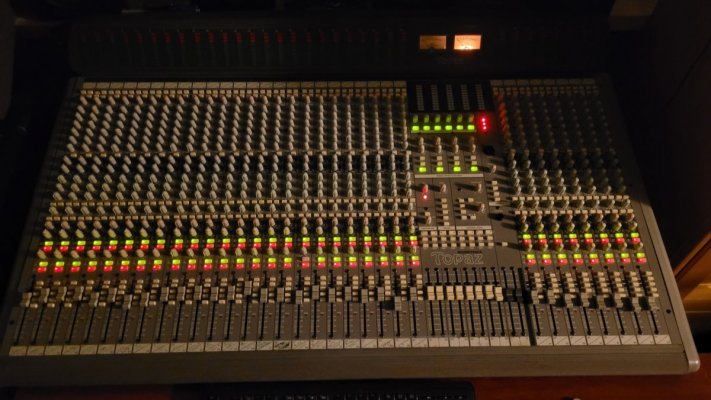 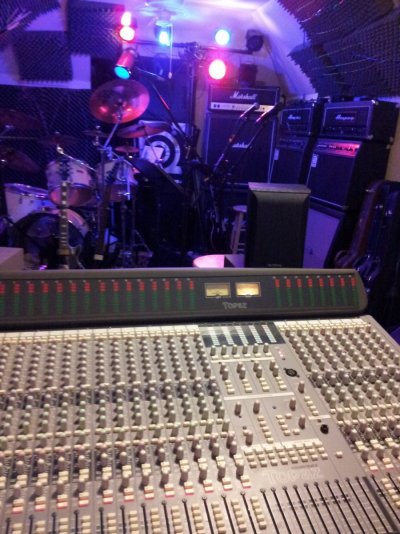 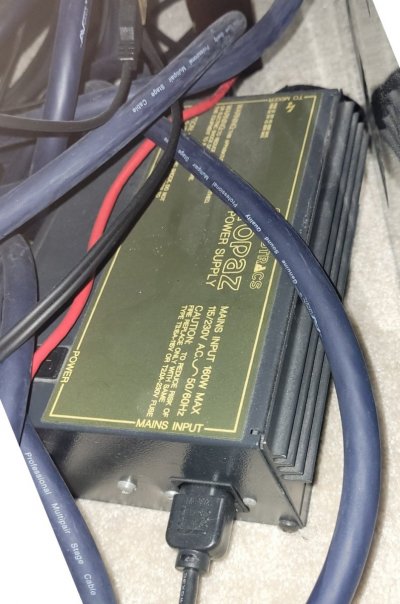 Soundtracs Topaz 32x8x2 in-line mixer with meter bridge used in my non-smoking home studio. I purchased it used from a Church in New Orleans ~2013. I last used it to record in 2018. It is in good shape with the following noted issues.
-The left side rail is loose - cosmetic only.
-The left VU meter light bulb is burned out. Meter functions properly.
-I believe it is missing 1 or 2 plastic nuts on the rear jacks
-Channel 17 has an issue with the LEDs - when you press the solo on the main fader the led does not come on and turns off the Mute LED for the main fader and both leds on Mute and Solo for the second channel input. Not sure if it is only a led issue or if the channel is faulty.

The sale includes the Mixer, Meter Bridge, and 2 power supplies (both functional).

Other than channel 17, everything seems to be functioning as it should. It likely has static on some channels when moving pots and faders - overall decent condition for a 30 year old analog mixer.

I will not ship - local pickup only Prairieville LA.

The Topaz 32x8x2 is an analog 8-bus mixer designed for multitrack recording with 32-channels (64-inputs). Because it's an in-line design, the Topaz has two inputs (Channel and Monitor) for each channel strip. Generally, the Channel is used for recording live tracks during tracking and overdubbing and for tape tracks during mixdown. The Monitor can be used to monitor previously recorded tape tracks (or virtual MIDI/workstation tracks) during tracking/overdubbing and for sending any other line input source to the 2-track bus during mixdown.

I ran 24 direct outs to my DAW and 24 returns from my DAW back to the Monitor input. By pressing the "Flip" switch on a channel you can route the DAW returns to the main fader and EQ on the channel for mixing.

Starting from the top of the input channel, the Topaz has a scribble strip and switches for phase reverse, phantom power, flip and bus (more on flip and bus later). The gain pot has a 10dB to 60dB range for mic and a -20dB to 30dB range for line-level signals.

The aux section uses a four-of-six arrangement, meaning that there are six aux send outputs, but only four can be used on a channel at a time. Aux 1 is a pre-fader channel send, and Aux 2 is a pre-fader monitor send; unfortunately, these cannot be switched for post-fader use. Auxes 3 and 4 are post-fader sends and can be switched for use with either the Channel or Monitor input. Switches allow routing Aux 3 to the Aux 5 output and Aux 4 to the Aux 6 output.

Each channel's monitor section also has a level pot, center detented panpot for the monitor, as well as illuminated monitor solo and mute switches. Finally, there is a center detented panpot and illuminated solo and mute switches for the Channel input. Beneath that are five channel assignment switches, one for the L-R bus and four for assignment to the eight buses in odd/even pairs. Also standard is a 100mm long-throw fader and a peak LED, which illuminates about 5 dB before clipping.

The Topaz has four stereo effects returns, each with a level pot and center detented balance pot, buttons for assignment to its local group and the L/R bus, and an illuminated PFL (Pre-Fader Listen or Solo) button. The local group assignment means that FX1 can only be assigned to Groups 1-2; FX2 to Groups 3-4; FX3 to Groups 5-6; and FX4 to Groups 7-8.

The eight group buses have long-throw faders; above each is an illuminated AFL button and separate Left/Right assign buttons. Pressing both assigns the group output to the L/R mix bus.

There is a talkback section but no built-in talkback mic. You have to supply your own gooseneck and mic. The section consists of an XLR mic jack, rotary level control and buttons for assignment to the studio, groups, Aux 1 and Aux 2.

The L/R master outputs are controlled by two 100mm long-throw faders. Three LEDs indicate the status of the power supply rails. Levels for the tape inputs and outputs can be internally switched between +4 and -10. There are ten LED meters for the eight groups and the L/R bus. The L/R meters also show solo levels. Each meter has ten segments and is calibrated from -21 dB to +6 dB, in 3dB increments.

All of the jacks, except for headphone and talkback, are located on the back of the mixer. The mic inputs are XLRs; all others are 1/4-inch phone jacks. Inserts are TRS, requiring Y-cables for sends and returns.

Project 8 employs an elegant floating-bus scheme, which allows you to record using direct outputs or the group bus, without repatching. The tape out jacks connect to your tape inputs and serve double duty as both direct outs and group bus outs. These work in conjunction with the bus switches on the channel strip. When the bus switch for a channel is not depressed, that channel's tape out jack functions as a direct out.

Because of its age, this item is being sold "as-is" and can be tested prior to purchase. Local Pickup only.

I knew key members of the Soundtracs team quite well and visited the factory a few times around the years when your desk was made. They were based in Surbiton, which was easy for me to get to, because I also lived and worked in south east England.

If you think about it, the number of great console makers based in England is out of all proportion to the size of the country. These are just a few that come to mind: Allen & Heath, Amek, AMS, Cadac, Midas, Neve, Soundcraft, Soundtracs, Studiomaster, SSL and Trident. Then there are brands you've probably never heard of, such as Alice, Canary, Dynamix, MBI, MM, RAM (for whom I was International Sales & Marketing Manager in the mid 1980s) and Sonifex.

We all knew each other, in the pro audio business. Yes, we were rivals in the marketplace, but that didn't stop us from having a chat over a pint at the bar when there was a trade show on! Later on, I was in the pro audio Press, so they all had good reason to be nice to me.

FWIW, that issue on Ch 17 is probably easy to fix. As I'm sure you know, mixing desks are essentially modular, and with 31 other channels working correctly, trouble-shooting shouldn't be hard.