Why don’t we like active electronics in a guitar?

I build my own preamp with treble and bass boost and cut back in the early 80’s. I used it for years. It ran on 18 volts and was a heck of a contraption. It was called a Craig Anderson Clarifier and was in a GP magazine with Frank Zappa on the cover. I drilled and etched the board and every thing.

I would put EMG’s in my other guitars so they could almost keep up with my Strat with my home made preamp in it. My Focus 6000 Kramer still has EMG’s in it from the 80’s.

You can see the wire running to the guitar strap where the batteries are in the photo from under the pick guard ….. this is 84 or 1985… 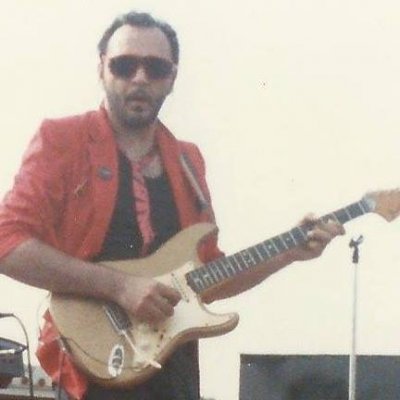 Like the pre-amp on acoustics. Sounds good , you should build it. Then review it here. Strat only

Just about every bass player has active controls

But as far as guitar, the only active one commonly seen is the Crapton strat
B

sam_in_cali said:
Same. I do love EMG pickups but something about having a battery in my guitar seems wrong.
Click to expand...

I need to give EMG pickups another shake. Maybe they've changed. Maybe I've changed. In high school, I had a Les Paul with an EMG 85(?) in the bridge. I had a guitar teacher with a strat with the same pickup. The two guitars sounded identical. That was my first strike against active electronics. Maybe I can go buy a Peavey Predator, throw in EMGs and have a great sounding guitar. I don't know.

Around the same time I was also interested in an Eric Clapton strat. It had a cool sound and could push an amp much like a humbucker, but it had an odd, compressed, processed sound. How much of that was the electronics and how much was the Lace Sensor pickups I can't say. I really wanted the guitar but it had a feel I didn't like that none of the traditional pickup/passive electronics guitars had. Strike two.

Recently I found a deal on an EBMM Cutlass. I loved the feel of the guitar. Loved the neck. The action was lower than I like, but that's easy to fix. When I plugged it in, the guitar had a sterile, brittle sound that I couldn't get past. I played a few other guitars that day. One was a ... I'm blanking on the name .. gold signature strat with Dimarzios and active electronics made for a Christian Music guy. Same problem. I also played a Custom Shop Telecaster and a PRS Silver Sky and they both sounded amazing. Strike three.

I have to say i really love my EMG Actives, dont bother me that it requires a battery
S

Ebidis said:
Those are all active?
Click to expand...

All except for the natural ash in first pic

Q: Why don’t we like active electronics in a guitar?

Had a Japanese Charvel P J bass in the late 90s that a previous owner installed EMGs. I liked them well enough and only had to put a battery in it once in two years.

Personal preference. Mainly for the same reason I don't like bluetooth headphones or wireless computer keyboards... One more thing to charge or have batteries for. A cable does the job better and cheaper. Innovation for the sake of innovation doesn't always produce a better result.

I've been happy with passive pickups going into a Boss EQ for sound tweaking and boost. But I'm not running around on stage needing to make on the fly changes to sound mid-playing.

I find the classic active humbuckers are pretty boring. EMG sets have a use, but it's not anything I need. I like metal, but I get what a want with a JB or even a 59/Custom.

But electronics attached to a preamp on an acoustic, or piezo-electrics are different. And my bass has active pickups. Not by design... it just happened to be the one I bought.

I will admit the battery compartment on my Roadhouse (now fitted with a Delta tone circuit) is really useful for storing picks.

I like the sound of actives, the only thing i dont like is the battery...but thats why i dont like laptops either....lately though i have always thought that the new backplate battery thingy from fishman seems a lot cooler and actually acts like a cell phone being charged.I could live with something like that.

Cos most guitarists can't change a 9 volt battery without licking the new one first?

I really like the Alembic Blaster. It’s sort of a boost.
The battery lasts a very long time, well made. I tend to prefer not to have batteries in things in general if it's not really needed. With a computer, I tend to prefer a wired mouse & keyboard rather than having a battery-powered wireless keyboard & mouse, so that I don't have to worry about replacing batteries (and besides, I'm always at my computer desk when using my PC, so I don't need to take the mouse & keyboard far away). I also don't mind plugging headphones into a device if it means not worrying about headphone batteries dying. Though, honestly sometimes it's nice not to have to worry about a headphone cable stringing down to my phone if I'm listening to music or something. There have been times when I've used wired headphones with my phone and strung the cord under my shirt so it doesn't get caught on anything, and having wireless headphones can be useful in situations like that.
S

Ibanez had a Pedal Power Supply 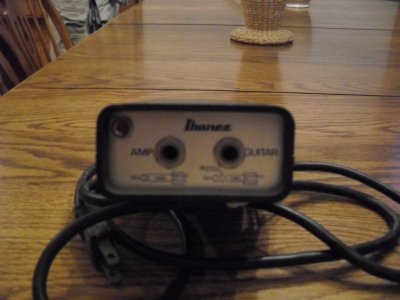 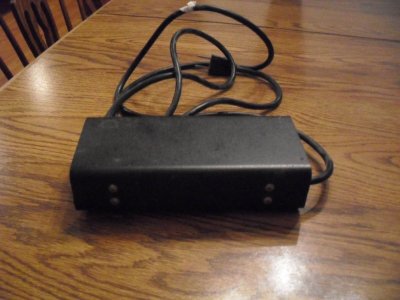 ThreeChordWonder said:
Cos most guitarists can't change a 9 volt battery without licking the new one first?
Click to expand...

There are more options than 9 volts. For Strats that have a trem, I've seen rechargeable batteries that double as a rear trem cover:
https://www.amazon.com/dp/B00N3ZQ3BE/?tag=strattalk05-20 Murphy's law- batteries give out at the worst possibe moment

CalicoSkies said:
There are more options than 9 volts. For Strats that have a trem, I've seen rechargeable batteries that double as a rear trem cover:
https://www.amazon.com/dp/B00N3ZQ3BE/?tag=strattalk05-20

Do you have a point? Other than the one on top of your head?
S

fretWalkr said:
Murphy's law- batteries give out at the worst possibe moment
Click to expand...

My ibbys can be played passive or active

Baelzebub said:
It's 9v. I put one on my Clapton and it's great.
Click to expand...

Ah. When I think of a 9V battery, I usually think of one of these: The person I quoted mentioned licking the new battery, and that usually refers to the type pictured above. I don't think it's as easy to get the same effect by licking one of the rechargeable trem cover batteries.
You must log in or register to reply here.
Share:
Reddit Pinterest Tumblr WhatsApp Email Share Link