Wow. The purchase exceeded the expectationz

My stepson is 28. I came into his life when he was 9. Although he saw his real father very often (thankfully) he spent the majority of time with us, so the brunt of his upbringing came from me. He’s now 28 with 3 small kids and recent divorce I’m still proud of him. This kid has severe ADHD and incredible musical talent. He played drums in high school band and a little bass and a little guitar. Unfortunately he has no stick-too-it-ness. So staying with an instrument has been tough but he asked for an acoustic guitar and since we know his track record we bought him a beginner since he’ll probably only strum it from time to time, we bought him a Rogue acoustic for $80.
The received product compared to the ad exceeded expectations. The boy says it plays pretty awesome. He’s in heaven. 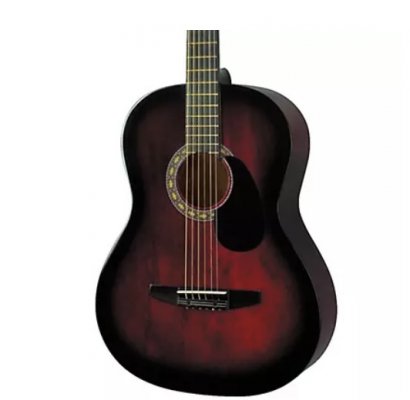 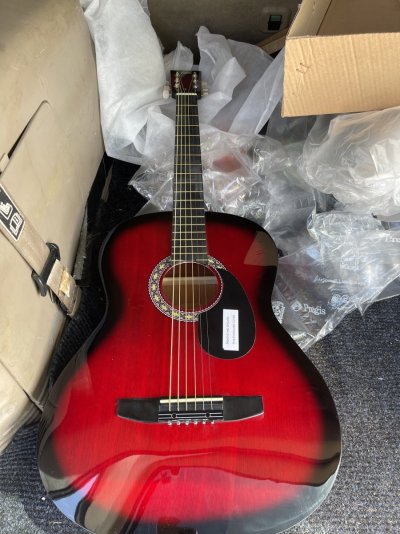 The color is great on it. The stock photo doesn't do it justice.

Ronnie Fn D said:
The color is great on it. The stock photo doesn't do it justice.
Click to expand...

Sounds kind of like my son. He’s had several guitars, and doesn’t play a whole bunch. Every guitar he has ever had, with the exception of one, was bought by me. And the one that he did buy, I picked out.

He later gave it to me as a gift. I guess because I love it more than he did, and I rehabbed it from fir, to excellent condition. He had owned it for several years, but kept it with me when he was out of the country.

I gave him a vintage Kramer Pacer and a Les Paul studio at last Christmas. I also got him an American Special HSS before they were discontinued.
You must log in or register to reply here.
Share:
Reddit Pinterest Tumblr WhatsApp Email Share Link